Having been a resident of Trivandrum for some time, one of the hottest places in South India, I was simply amazed at the humidity in Delhi at 3 AM!! It was the day of the official start of our Ladakh dream & in that excitement we were up & ready by 4 AM. 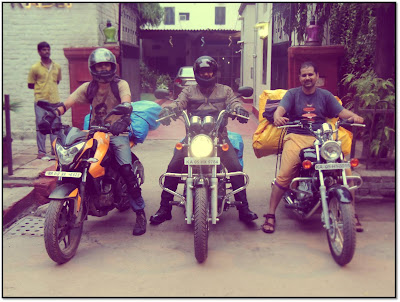 Then it was the daunting task of packing the luggage in tarpaulin & tying them onto the bikes. By the end of 1.5 hours, we were drenched in our own sweat & were wondering as to why we even took bath at the first place.

Anyway, our adrenaline was pumping high as we set off from the hotel in Delhi at 5:45 AM, saying bye to my bro & SIL who were to join us in Manali a day later by bus.

The 10 hour delay to reach Delhi had brought in the first change in our plan & we had to make it to Manali in a day as 2 of our trip mates were to join us in Leh 4 days later & we didn’t have time to relax.  A distance of 550 kms, via Chandigarh was the goal for the day & as it was the first day of our bike trip the initial 260 kms to Chandigarh was assumed to be attainable in about 5 hours as we would be travelling on the National Highway 1 & 22 which were known to be in good condition.

But, the heat got to us as we rode out of Delhi & some coordination errors led to a loss of about 30 mins. Thus, we only managed to get out of Delhi & hit the highway by 7:15 AM. Although the roads were excellent, the humidity was draining all the energy out of us and we were forced to take a number of breaks even before we could cover 50 kms!

By 10 AM, we were really hungry & to our despair we had only covered 115 kms from Delhi & had to stop for breakfast. After some search, we found the ‘New Himachal Punjabi Dhaba’ at Gharaunda. Frankly, I have lost count of the number of Paranthas we ate that day as the food was out of this world. By 11:30 AM we left with better hopes to cover more distance before our next food break. 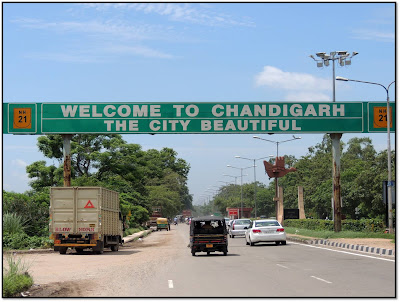 Reached Chandigarh by 2 PM but lost about an hour in tying the loosened luggage. To make things worse, the sun was blazing on us, making the journey not so enjoyable.

A mediocre lunch at one of the hotels in Kiratpur Sahib & it was 6:30 PM by the time we reached the Swarghat entrance. The wonderful looking bridge does appear like a bridge to heaven! 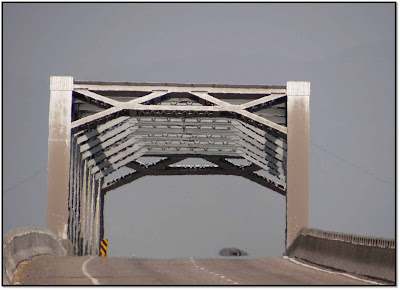 As the climb towards Bilaspur started, we still had about 220 kms left to reach Manali & the sun was slowly descending. A short break to capture the splendid sunset & we decided to drive upto Mandi to take a call on our halt.

From here on, it was a single road & the mix of bad roads, dust along with huge truck traffic made the journey till Bilaspur a real pain. 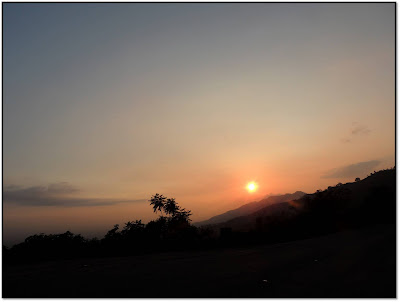 It was about 9:30 PM when we stopped at a hotel for dinner & on inquiry were told that the road further is in good condition & the truck traffic would not be a problem as all trucks take a deviation to the cement factory. This boosted our confidence & we took the brave call to ride through the night & make it to Manali in one shot.

After the truck traffic mellowed down, we were the only bikers/people on the road until we reached Mandi. Sparingly a jeep or truck would pass by & the roads would get lonely with each passing minute. We rode in deep darkness with the only sound apart from our bikes being the roaring sound from the river Beas which flows just beside the highway right from Mandi to Manali. The recent Uttarakhand disaster was fresh in our minds & the sound of the river was horrifying enough to keep us moving! Except for a couple of 2-min breaks, our bikes kept rolling & we were inching closer to our destination.

The most unexpected event of the ride hit us right when we were hoping to get through without any more trouble. There we were, waiting for the end of the ghats as it was getting scarier by the minute & the curves were never-ending ;-) Then, out of the blue we enter a tunnel - The Aut tunnel, which runs for about 3 kms & we were desperate to get out of it ASAP as the sound of our bikes was horrifying and we were the only passengers.
The worst part of the tunnel experience was that it's a single lane road & Jram was riding like a zombie but persistent about his decision to ride even though he was unbearably sleepy.

By 3:00 AM, most of us were tired & stopped for a chai break at a small dhaba. Jram & Akki had a brief nap while Sunny & I hogged piping hot Maggi. 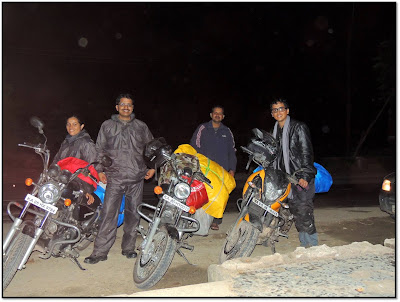 This was the last break we took & by 4:00 AM we were in Kullu.
Thanks to fantastic roads right from Bilaspur, we managed to get past in good time.

By the time we crossed Kullu, Akki couldn't hold his sleep & hence I rode his pulsar for the last 45 kms to Manali. The roads were in horrible condition for almost 30 kms & to top it, it started drizzling.Thus, we took about 2 hours to get to Manali.

Despite all odds, we made it to Manali after 23 hours since we started our journey from Delhi but we didn't have the energy to even huddle up & celebrate. After a 15 min search, we found Hotel Nandini Palace & settled in our beds after a shower!

Even though the thought of plunging right into bed on reaching our rooms did cross our mind, we were stinking beyond imagination. A thick jacket to ward-off the cold & rain coats to shield against any downpours is what we were wearing since we started from Delhi. Hence, a short bath was indispensable :-)

Will we do this night journey from Delhi to Manali ever again? Probably not, cause we missed enjoying the fantastic views along the way & also, there was a fair bit of risk involved & we consider that we got lucky :) However, this was the most adventurous night ride of our life so far & shall remain special.

More on our adventure from Manali to Leh, keep reading!

Happy travelling!!
Posted by Unknown at 05:00