Shivagange Trek -- A start to many more

Our Ladakh trip had given us ample memories & proud moments to cherish for a lifetime. Having maneuvered the toughest of roads, it was a huge boost in confidence. However, we had consecutively lost enough body weight to put us into the fit category after a number of years. This was the happiest loss without doubt & I wanted to make the most out of it.

After 3 weeks of rest, I was longing to get out & explore a new place close to Bangalore. After a few internet searches, narrowed down on Shivagange as this would involve some physical activity & the weather was pleasant for a day out. 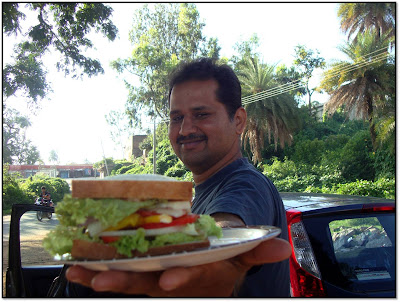 Found shade under a big tree & settled to break our fast. A couple of mins to assemble the veggies on the bread & there we were gorging on huge, yet scrumptious sandwiches.

It was 8:40 AM, when we started our trek from the base of the Shivgange hill which is also the entry to the famous Girigangadhareshwara & Honnadevi Temple. 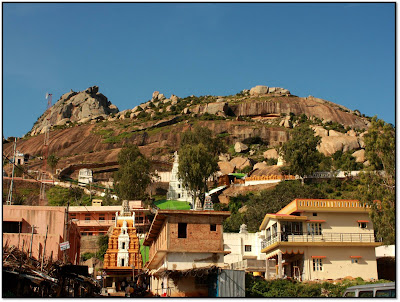 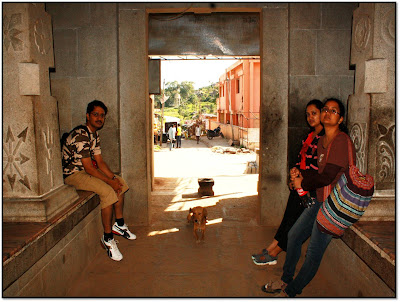 The initial climb consisted of about 200 stairs & is easy with a covered roof. The trek until the “oLkallu Theertha” temple was pretty easy as most of the path is well covered with asbestos sheets & there are small shops serving up anything from buttermilk, candies, mangoes, water & what not.

A few shots, along the way: 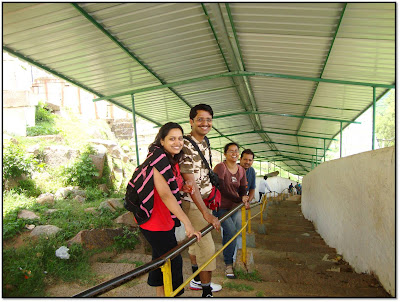 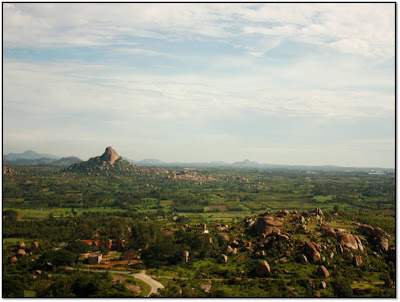 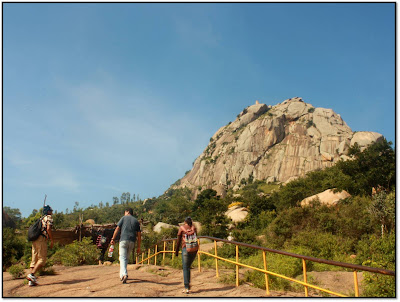 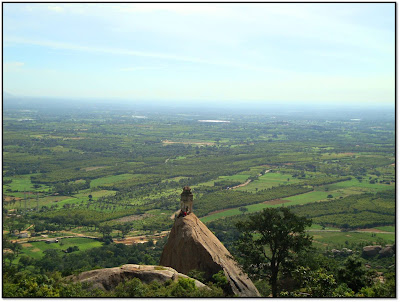 With an hour into the trek & it almost seemed too easy as we had only about 40% left. By 10:00 AM, we reached the small Ganesha Temple with big Shiva,Parvathi idol next to it. By now, Sind & Putti were tired and decided to take some rest at the small shop. Thus, after a short break,the three of us started the final ascend which looked quite tricky. 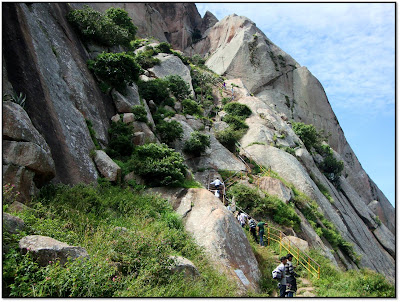 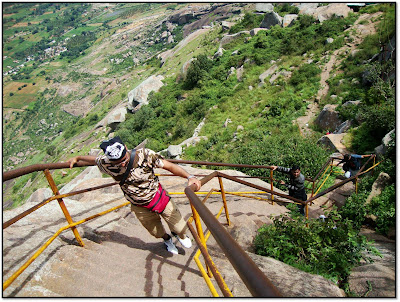 The steep steps did exhaust us much faster, but we were at it with determination & in 20 minutes made it to the top.

A couple of steps before the Girigangadhareshwara temple there is a big Nandi on top of a huge boulder. 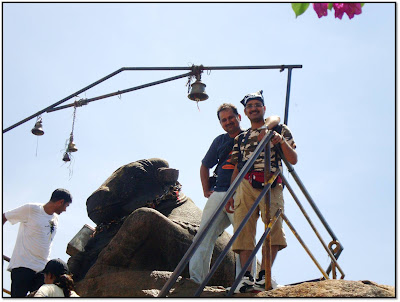 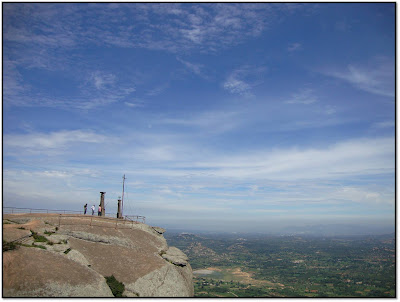 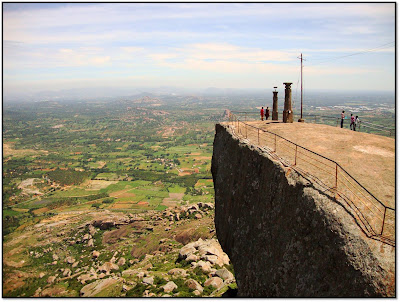 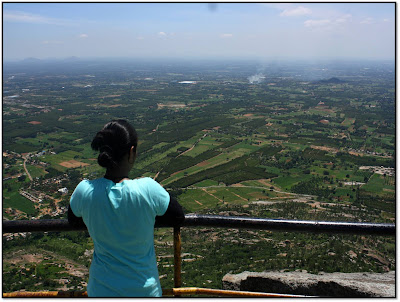 The sun was very cooperative & didn't cause much trouble.The breeze at the top was a added bonus with not much crowd.

The fantastic view from the top was worth the effort and after a few minutes we headed down to join the other two at the foot hills. 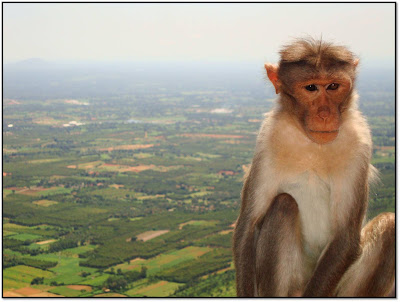 On our way back, we visited the Olakallu theertha temple, which is inside a small cave. We were keen on following the popular custom of reaching for the holy water inside a small hole. With many pilgrims unsuccessful, the pressure was high as we waited for our turn with our spine bent inside the cave. To our luck, both Sunny & I managed to touch the water & also get some out of the hole. With the sun now blazing upon us , we swiftly trekked down the hill. 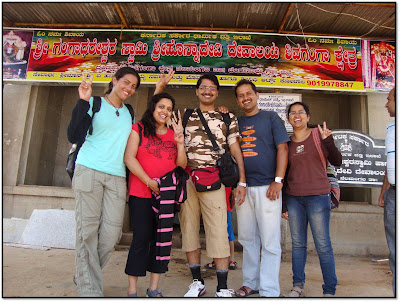 All through the trek , we were accompanied by monkeys & they attacked anyone with eatables.Hence it is a good idea to trek the hills without any edible stuff in your hands. In an hour, we descended from the top & were feeling happy at the achievement. Although we took 4 hours to complete the trek, I’m pretty confident it is achievable in 3 hours and would love to give it a second shot!

After a mediocre lunch at one of the hotels, we headed out of Shivgange by 1:15 PM and made it home in an hour. Thus, an advise on b’fast/ lunch options while on a trek to Shivagange. It’s a good idea to pack some b’fast if you plan to start the trek before 8 AM as we didn't find any notable hotels near the hill. If you are happy with a late start, then Kamath Upachar on the Tumkur road highway just before Dabbaspet is a good option.

Got half a day to spare? Get your trekking shoes on and head to Shivagange. I’m sure you will love it, like we did.